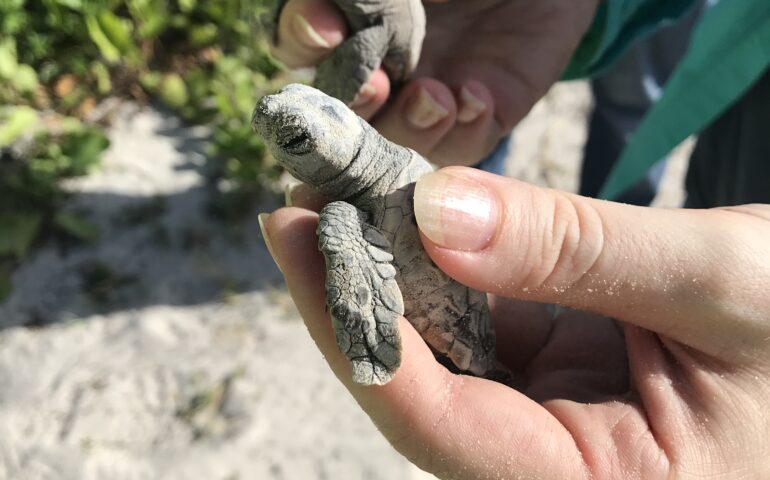 0
0
On July 28th one of the many loggerhead sea turtle nests at HVKBP hatched. The lovely and tiny young sea turtles came out of the ground; waddling their way into the ocean.
3 days later on July 31st, state permitted researchers from National Oceanic and Atmospheric Administration (NOAA) along with HVKBP staff, came out to record how many eggs hatched. Two baby sea turtles were found still trying to make their way to the ocean.
This is one of the first photographed sea turtle sightings at HVKBP by park staff. 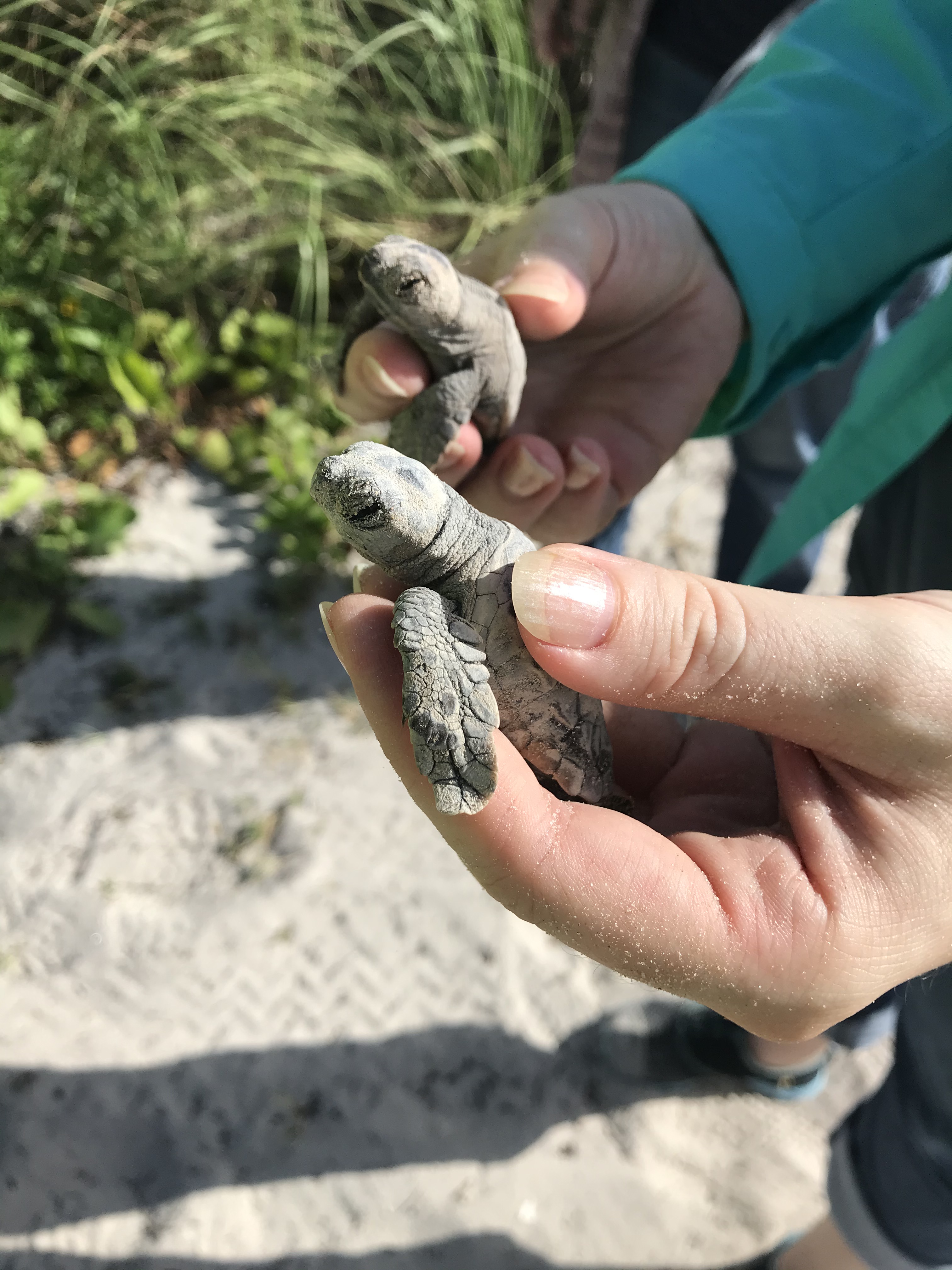 What is the loggerhead sea turtle?

The largest of all hard-shelled turtles, loggerheads are named for their massive heads and strong jaws (leatherbacks are bigger but have soft shells). Their reddish-brown shell, or carapace, is heart-shaped. Their front flippers propel them through the water like wings, and their hind feet stabilize and steer them. While adults males generally weigh about 250 pounds, loggerheads of more than a thousand pounds have been found.

The Loggerhead is considered a “keystone species,” meaning that other animals in its ecosystem depend on it for survival. These turtles feed on invertebrates, whose shells pass through their digestive systems and, upon excretion, fall back to the bottom of the ocean for other animals to eat as a calcium source. Predators also rely on loggerhead hatchlings for food, while more than a hundred species of animals—including barnacles, crabs, and algae—live on their shells.

These highly migratory turtles have an enormous range that encompasses all but the most frigid waters of the world’s oceans. They prefer coastal habitats in temperate and subtropical regions, though they often frequent inland water bodies and will travel hundreds of miles to reach them.

Mature loggerhead females often return to the beach where they hatched to lay their own eggs, sometimes traveling thousands of miles. They’re able to do so with the help of Earth’s invisible magnetic field, which loggerheads use to navigate at sea. Each stretch of coastline has its own magnetic signature, and these turtles remember and use them as guides.

Breeding occurs year-round but peaks in the summer months. Females may lay two to five clutches of up to 130 eggs in a season with different mates.

Loggerhead sea turtles are primarily carnivores, and their strong jaws allow them to crush conchs, bivalves, and horseshoe crabs. They also eat jellyfish, shrimp, sponges, fish, and sometimes even seaweed and sargassum.

Miami’s Once “Colored Only Beach”. Learn the Story That Began in 1945 Welcome to Paradise Renewed!! Established on August 1, 1945 as Miami’s ‘Colored Only Beach’ immediately became a spot for social g
View on Facebook
· Share

We are saddened by the building collapse in Surfsi

Happy Father's Day from the Chair and Staff of the

Thank You @frostscience for sharing with us today

How much is a smile worth to you? Help to brighten

Summertime it's not only for beach fun but Family

Join us for a environmental justice discussion & h