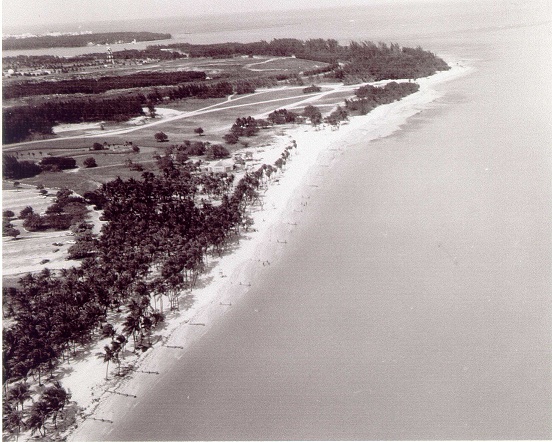 The story begins in 1896.  This was the year the City of Miami was founded with approximately one-third of the signatures of the city charter being black men (which was no accident considering their predominant role in the early building of the city).  Segregation became a day-to-day reality throughout the South.  It was this reality that systematically excluded all people of color from Dade County’s most famous attraction, its miles of beaches.

By 1920, as the city grew, many of these beaches were developed into parks and public swimming facilities exclusively for the white population.  D.A. Dorsey, an African American millionaire, purchased what is now known as Fisher Island so that blacks could have a beach of their own.  But due to increasing property taxes, Mr. Dorsey was obligated to sell the property.  As a result, the black community was left without a beach to enjoy.

There were unofficial exceptions, areas which by mutual understanding were exclusive to the African American population.  One such place was a very special beach located on Virginia Key, known as “Bears Cut” which at that time could only be reached from Miami by boat.  This property became an official “colored only” recreation site as a direct response to a bold protest, led by the late Judge Thomas.  Under Thomas’ leadership, black men defiantly entered the water with the intention of being arrested at exclusively white Baker’s Haulover Beach in North Dade County.  County authorities however, to avoid costly embarrassment, took no legal action against the protesters.  Instead they acquiesced to the protesters’ demands for an officially designated swimming area for African Americans.  Although only accessible by boat from a downtown dock on the Miami River, “Virginia Beach, a Dade County Park for the exclusive use of Negroes,” was opened on August 1, 1945. 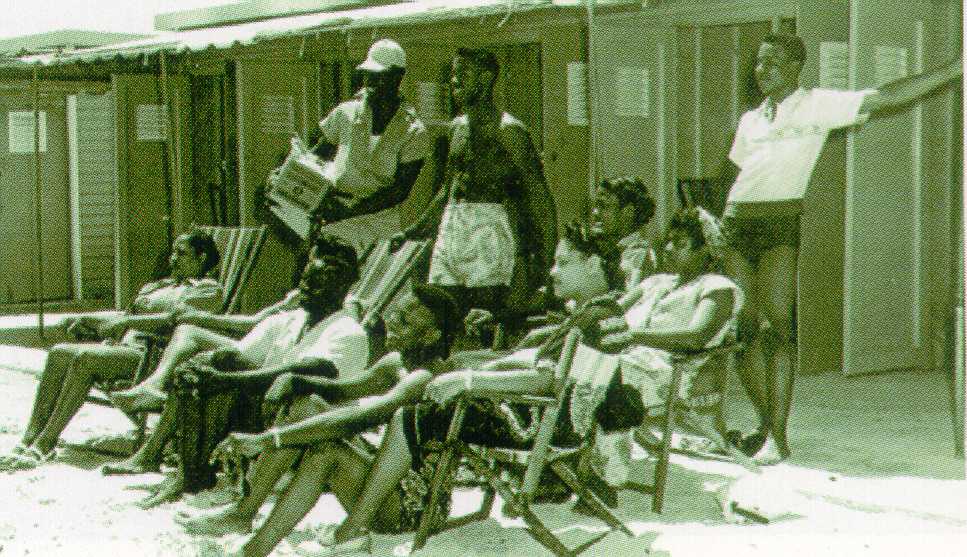 The beach included such amenities as large shaded picnic areas with barbecue pits, cottages, a boat ramp and the famous Mini-Train and Carousel rides.  With its lush windswept palms and inviting beach, Virginia Key lured thousands to this tropical paradise.  Though the beach remained segregated throughout the 1950’s, it was not a factor for many new Caribbean, South American, and Cuban immigrants found Virginia Key Beach to be either the only beach that they too could visit, or the beach they preferred.

In 1982 the City of Miami closed Virginia Key Beach Park, citing the high cost of maintenance and operations.  The park has remained closed ever since, except on a daily rental basis and as a training facility for law enforcement agencies and large entertainment events.  In June 1999, a diverse group of citizens called the Virginia Key Beach Park Civil Rights Task Force was established in response to plans of private development on the beach park.

Later that year, the Miami City Commission established the Virginia Key Beach Park Trust to oversee the development of the historic park property.  The Trust has been working diligently to provide the community an estate for family events, community meetings, corporate meetings, as well as a pristine beachfront for swimming and water activities.  In August 2002, the park was placed on the National Register of Historic Places.  Historic Virginia Key Beach Park re-opened to the public in February 2008 with many of the amenities of the past as well as some new venues as suggested by the community.  The Historic Beach Park is open to the public today; ecosystem restoration projects, interpretive signage and the construction of an interpretive/cultural center remain to be completed.

Life takes you down many paths, but the best ones

Aftermath of a birthday well spent. To everyone

Live Colorfully 🌈 Be uniquely you. Have a u

Live in sunshine, swim in the sea, feel the wild a

Reconnect with your special someone in our picture