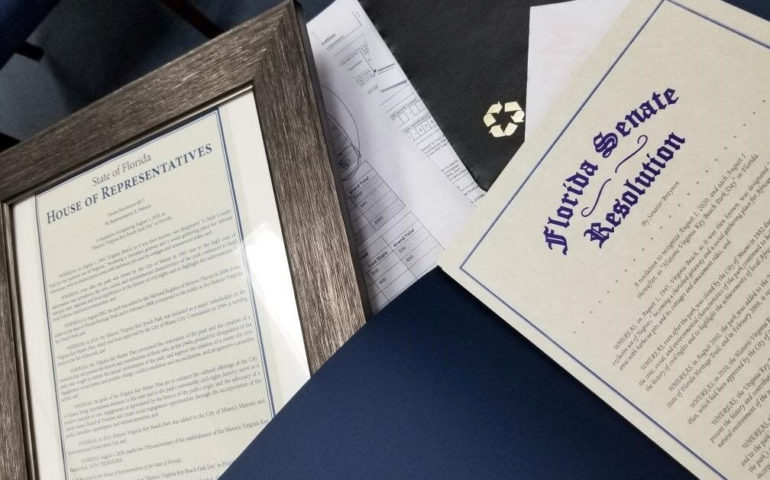 Seventy-five years ago, a uniquely bold and courageous action by African American citizens of Miami changed the course of South Florida history and as has been officially acknowledged.
The Florida House of Representatives and the The Florida Senate recently passed a resolution proclaiming Saturday, August 1, 2020 and each August 1st thereafter as, “Historic Virginia Key Beach Park Day,” in the state of Florida which also culminates the 75th Anniversary of the recreational community space and historic landmark.
It was on May 9, 1945, that an intrepid group of protesters dared to “wade in the water” at the site of present-day Haulover Beach, to demand, and successfully garner the establishment of a public bathing beach for Dade County’s Colored population, in keeping with the separate-but-equal laws and customs of Jim Crow segregation.
The protest accomplished its mission, which was a commitment from the County to open Virginia Key Beach on August 1, and for it to be as nearly equal as possible to the County’s “White Only” Beaches like Crandon Park on Key Biscayne. Now 75 years later, Miami’s former segregated beach, like no other recreational beach park of its kind during the twentieth century, continues to forge a sense of community through compassionate negotiation, experiential activations and creative communication between black and non-African American societies.
The mission of the Virginia Key Beach Park Trust (VKBPT) is to carry forward the vision for the development and use of Virginia Key Beach Park, promoting and maintaining absolute public ownership and access, fostering its perpetuation as a passive open green-space that includes nature trails, recreational facilities and museum structures appropriate and compatible with the nature of Virginia Key; preserving it as a valuable resource to be enjoyed for posterity, and to honor the rich historical legacy of the social and civil rights history of South Florida.
Join us in celebrating the 75th Anniversary with a host of activities for the community to participate in.
Posted by: admin Category: blog
share: