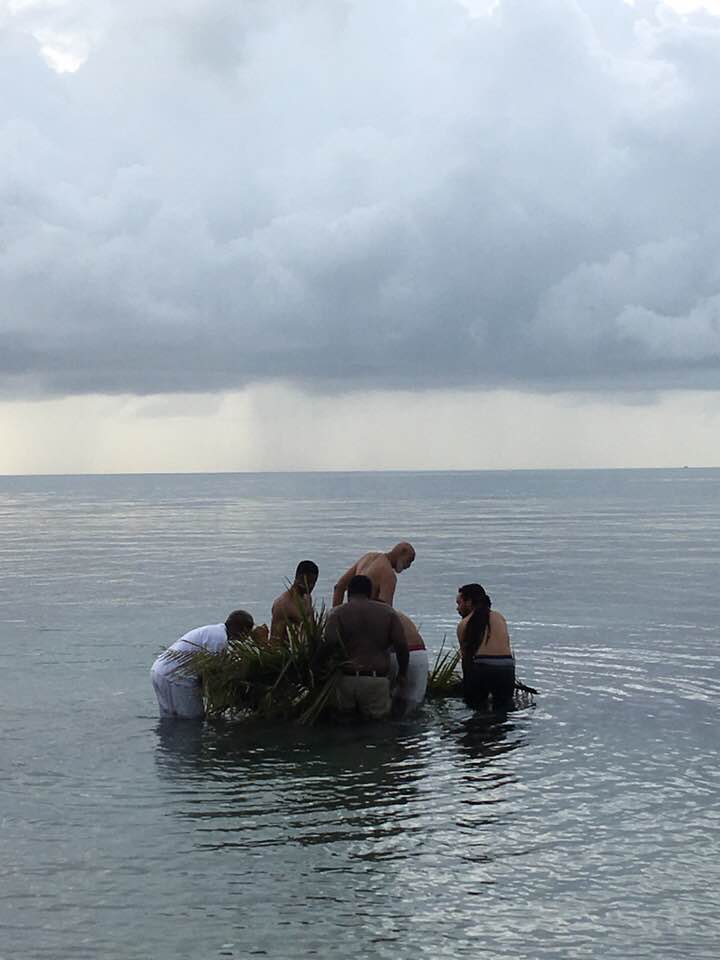 In a year of global upheaval unlike any other, that is not even yet half over, a dynamic and inspired new chapter in local and global African World history will begin on Saturday, June 13, from 11:30 a.m. to 1:30 p.m. EDT, when communities in Africa, the Caribbean,  and North and South America will come together for an unprecedented electronically linked International Virtual Ancestral Remembrance of the Middle Passage, honoring the memory of the literal millions who perished in the more than four centuries of the so-called Transatlantic “slave trade,” as well as those who survived with the wisdom, strength, skills, cultural knowledge and spirituality that built nations, gave life to new generations, and transformed the world.

In that light, remembrances of the Middle Passage, also known as the Maafa (“great calamity” in the Kiswahili language), in the United States have also been forging stronger links with the growing annual observances of Juneteenth, the anniversary of June 19, 1865, when the last of the enslaved population, in east Texas, received word of the official end of legal slavery: “Until all of us are free, none of us is free.”

The challenges and courage of the Ancestors faced by formerly enslaved Ancestors following that fateful day also have much to teach us about the present, as we begin our next 400 years of history in what is now the United States.  Very significant work is being done by the National Juneteenth Observance Foundation (NJOF) to underscore the past and present importance of the Juneteenth holiday, including a call for community powwows on Sunday, June 14.

Added to these ongoing, connected initiatives is the all-important revival of the Poor People’s Campaign of 1968 for economic and environmental justice – the unfinished work of the Civil Rights movement – led by Rev, William Barber and the “Repair the Breach” movement, which specifically includes the Native American  struggles and ultimately all ethnicities..

Open to All via Facebook.com

The International Virtual Ancestral Remembrance of the Middle Passage can be joined via the following Facebook Live Virtual Link: