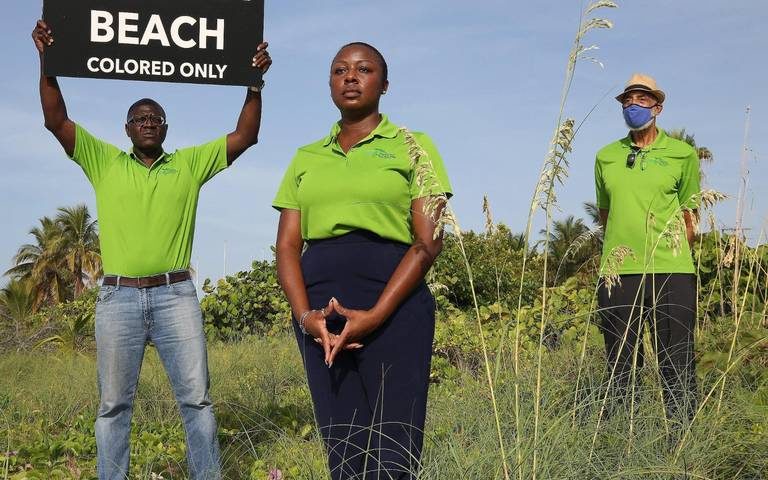 There’s a beach in Miami that marks the history of segregation in America — and Black residents are fighting to preserve it.

“It was a place where segregation literally worked to the advantage of the Black community,” Gene Tinnie, chairman of the Virginia Key Beach Park Trust, said.

In May 1945, seven Black people led a “wade-in” at the all-white Haulover Beach. The act of civil disobedience eventually yielded the establishment of Virginia Key as the “colored only” beach. Though Virginia Key’s size and location was inferior to other beaches in South Florida, including Crandon Park just a few minutes away by car, the Miami Black community embraced Virginia Key as its own.

Virginia Key boasts amenities that were usually associated with white-only beaches, such as its carousel, running train and colorful cabanas.

Operation DIY Celebration Planning has begun! Hurricane #Isaias has come, gone and now we can celebrate. Download our Mobile and Web App for An Interactive Experience by logging on to bit.ly/311dpxb

Its our 75th Anniversary!! Here is one of the many

Early voting starts today in Miami Dadeh! Be sure

Despite the weather and the delay it's still #Hi

Due to the inclement weather conditions of hurrica

Due to the proposed inclement weather, the 75th An

Due to Tropical Storm Isaias, the 75th Anniversary

Who's ready to Party w/ a Purpose? 2 Days to Go to