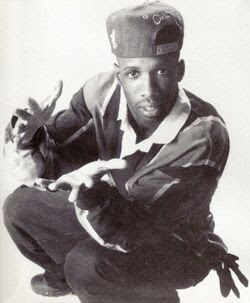 The Virginia Key Beach Park Trust remembers Albert Moss, a.k.a DJ Uncle AL. Born in Miami and a resident of Liberty City, he became known around Miami for throwing block parties and anti-drug concerts along his crew the Sugar Hill DJ’s, named after Sugar Hill Projects where they grew up.
DJ Uncle Al’s philosophy of “peace in the ‘hood” brought neighborhoods peacefully together through his famous parties and as a guest speaker on WEDR 99JAMZ in Opa-Locka at the time. His legacy remains until today.
He was murdered in front of his residence on September 10th, 2001. Although his death was a tragedy a bigger tragedy happened just a day after, the terror attacks of 9/11. Because of the unfortunate timing, it is said that to many of his fans and family and friends, there is still a lot to be done to preserve his legacy.
A few of Miami’s big music names such as Dj Khaled, Pitbull, and Trina shared a few special words about DJ Uncle Al as a person and a professional, as well as what he has done for the community even after his passing.
Posted by: admin Category: blog
share: