Did you know? The tradition of Easter Eggs 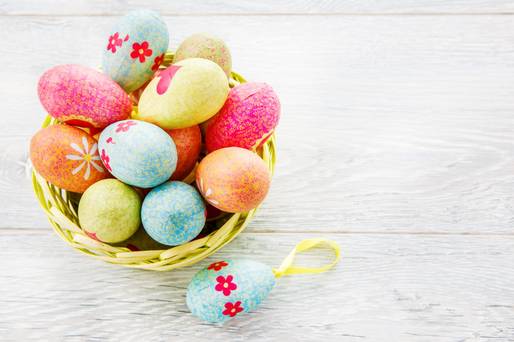 The tradition of eating eggs on Easter has its roots tied to Lent, during which Christians traditionally abstained from animal products such as eggs. As chickens continued to lay eggs throughout the six week lent period, people started to hard boil, decorate and save them for Easter.

The egg was a symbol of Spring in pre-Christian celebrations. Later on, early Christians associated it with the tomb from which Christ arose, and the emerging chick became the representation of Jesus. Since ancient times rabbits have been associated with Spring. It is believed that the Anglo-Saxon Goddess of Spring, known as Ēostre or Ostara, had a hare as her companion, the hare symbolized fertility and rebirth at that time.

Time passed and Christians transferred the symbol of the hare to the Easter Bunny. It was only during the early 19th century that a fun, kid-friendly trend took place in Europe, originating the modern tradition of eating chocolate eggs. And that is how this twist on the ancient religious ritual, has brought so much happiness to families hiding eggs for children to run around and find them on Easter morning.